Starting the day four shots off the lead, Townsend fired a 6-under 66 to finish regulation play on 13-under 275. 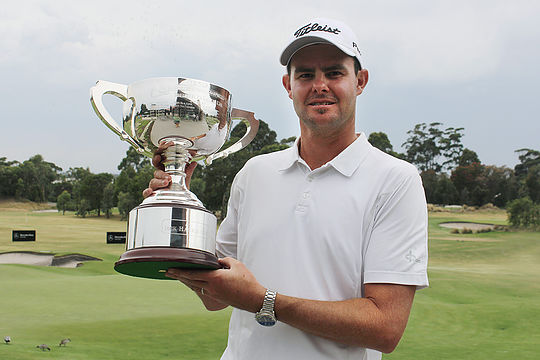 Townsend was ecstatic about his win after he holed a bunker shot on the 18th to claim victory, particularly with storm conditions rolling in.

“I played great today, I couldn’t have asked for a better start,” said Townsend.

“It’s nice to get a win so early in the season, hopefully I can build on it and maybe play better in some events coming up.”

A number of professionals at this week’s tournament noted the conditions of Huntingdale Golf Course, including Townsend, who was nothing but complementary to the conditions of one of the standout courses on the Melbourne sandbelt.

“It’s been a great week and it’s been so nice to be back.”

Townsend will now head to Queensland to compete in the Coca-Cola QLD PGA Championship before heading to New Zealand.

Scott Strange finished his championship campaign one shot behind Townsend recording 5-under 66 to finish on 12-under 276.

Kris Mueck and Ryan Haller finished tied for third on 11-under.