South Australian Adam Bland moved into the top ten of the Japan Golf Tour money list at the weekend with a tie for second place behind Michio Matsumura at the Bridgestone Open.

Matsumara finished at 9-under for the tournament after a final round 67 and won by two strokes from Bland, money list leader Kyung Tae Kim, Yuki Inamori and Mikumu Horikawa. 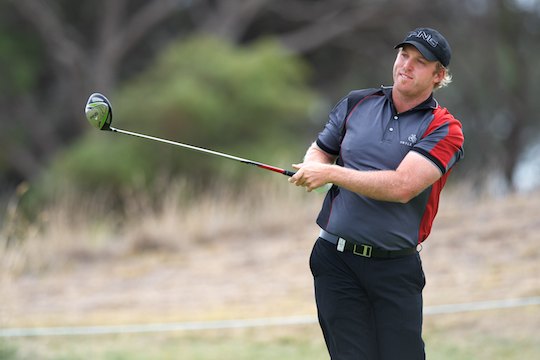 The red-hot Kim, a four-time winner in Japan this season, finished strongly with a five-under 66 to extend his already gaping lead at the top of the money list.

33-year old Bland’s share of second position lifts him to 7th place on the money list, leaping ahead of Brad Kennedy (13th) as the leading Australian.

Sydney’s Won Joon Lee was the next best of the Australians in a tie for 20th followed by Victorian Matthew Griffin in tied 42nd place.

The Japan Tour moves to Osaka this week for the Mynavi ABC Championship as the Japan Tour heads into a busy end to the season over the next few months.