And Scott, who captured the 2004 Players Championship, could not have been more complimentary likening Day’s current run of winning form as ‘Tiger-esque’. 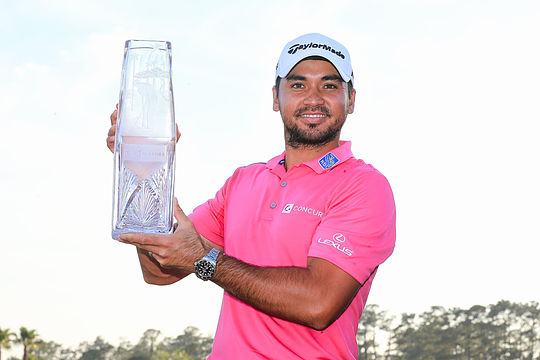 “Well, that’s Tiger-esque, that kind of a run Jason is on at present,” said Scott after posting a last round 68 to finish T12th on seven under par.

“It’s that thing I always try to explain how good you feel after one win, and I try to imagine how good Tiger felt just playing about five years into his pro career having won like 50 events, and imagine how you’d feel confidence-wise.”

“Jason must be kind of feeling something like that at the moment, and that’s incredibly nice way to walk out on the golf course, and you can see it with Jason.”

“I played with him one day this week in practice. You can see there’s that calmness inside him, calm confidence, and the way he’s walking around, he’s got that kind of unbeatable look about him.”

Day is due up next at the Memorial tournament in his hometown in Columbus, Ohio before the US Open.

“From that stretch last summer, he’s managed so far to keep that momentum going, and that’s one of the hardest things to do when you are hot like that, to keep pushing,” Scott said.

“But he has a very strong desire to achieve so much, and I think probably his goals are changing throughout this period, and he’s expecting more and more of himself.”

And fellow Queensland-born Scott is not expecting the run to end anytime soon.