The Adam Scott Junior Championship will be be held at the River Ridge Golf Club in Los Angeles, from February 18 to 21, 2022.

Scott is a global ambassador for UNIQLO and it is part of the brand’s ongoing commitment to sustainable social progress through youth development initiatives.

And the championship will be a cross-continental golfing collaboration between the American Junior Golf Association, Japan Golf Association, and Golf Australia with a selection of 78 players, aged 12 through to 18, to compete in the first hosting of the tournament.

As part of the tournament program, the 2013 Masters winner will also host a special discussion with participants, and will also run a golf clinic for the junior players. 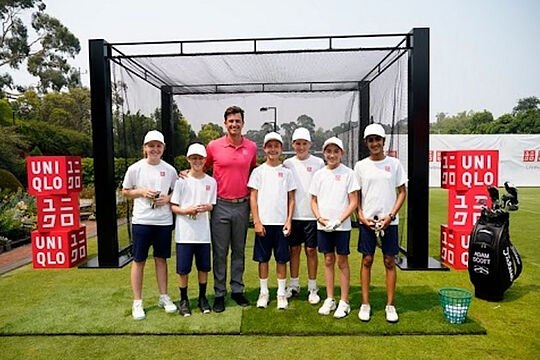 The Adam Scott Junior Golf Championship will be played for the first time in early 2022 (Credit: UNIQLO)

“It is a great honour to host such a wonderful tournament with UNIQLO, which we have been working with for many years,”said Scott.

“When I was a junior player, I learned not only the fun of playing golf, but also about other important things in life, such as honesty and respect. Together with UNIQLO, we have created a tournament we hope will be a valuable learning opportunity for young people.”

Standout highlight of Scott’s illustrious career was becoming the first Australian to be fitted with an Augusta National members jacket along with winning 30 other tournaments around the globe including the Players Championship, the Tour Championship, the WGC – Bridgestone Invitational, three Singapore Open titles and the triple crown in Australian golf – the Australian Open, Australian Masters and Australian PGA Championship.