Alex holds out World No.1 for LPGA win, Green T5

American Marina Alex secured a one stroke victory to win the Palos Verdes Championship on the LPGA Tour on Sunday with Australia’s Hannah Green collecting another top-5 finish. 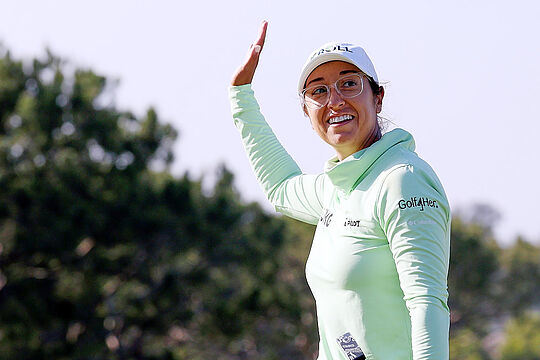 The 31-year-old Alex came from three-strokes back to win for the second time in her 10 seasons on the LPGA Tour.

“I felt really just like re-inspired I guess coming out here,” said. “It’s just amazing, like the hard work has paid off. I wasn’t sure if this would ever happen again if I’m being perfectly honest.”

In 2018, Alex won for the first and, before Sunday, only time on the LPGA Tour, with a four-shot victory at the Portland Classic. During the 2019 season, Alex was one of the most consistent players on the LPGA Tour playing on the weekend in 21 of her 24 events. The 2020 season was marked with disruptions, like for so many players, where Alex had only one top-10 in 20 events making Sunday’s win even more memorable.

“I feel like I will have given everything that I have given to this game and to myself and to everyone that’s helped me get here,” remarked Alex.

“You know, I owe so many people a lot. So it’s been a tough journey, but I do think my perspective has changed a lot since 2018. You know, over a year later I feel as strong and healthy as I’ve been, which is great. Knock on wood that that’s where I stay.”