All hands on deck for Cup preparation

Winter is now in the books and Royal Melbourne’s course preparation for November’s President’s Cup is kicking into gear. 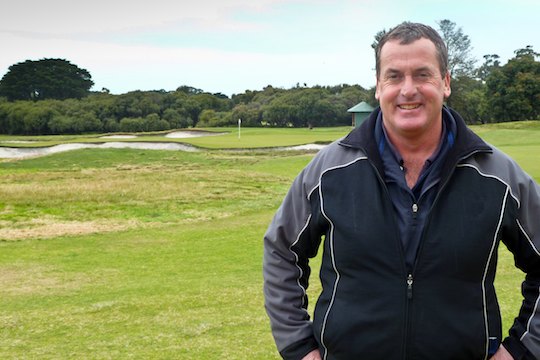 “We’re pleased for the time of the year because you can come through the end of winter and things can be pretty ratty,” Forsyth said.

“But we certainly need those couple of months of growth just to get (grasses) fully knitted over and a bit more density in the fescue and the greens and of course the couch. But in terms of firmness and ball roll and that sort of thing, they’re getting where we’d like to have them most of the time.”

“You have a short, condensed preparation time because it’s not really until September (that) things start to get moving again,” Forsyth said.

Work since June has focused on creating on-course space for crowd movement and grandstands, which went up in early September.

“We’ve been doing a lot of cutting back tea-tree for crowd movement and grandstands and corporate hospitality.”

Forsyth said applying preventative fungicides and fertilisers to produce colour and growth will be paramount until November.

“Obviously anything that goes wrong now is a disaster so we’ve got to make sure that all our spraying we’re on top of everything with that.”

Closer to the tournament, sand dusting greens and their surrounds to gain optimum firmness and smoothness will become a priority.

“Probably do four or five of those between now and the tournament. We start to look at increasing our mowing frequency,” Forsyth said.

Thirty volunteer greenkeepers join Forsyth’s ranks the week prior to the event and Forsyth will have a staff of 65 for the event.

The President’s Cup is a PGA Tour-run event and tour officials will have a large say in green speed and pin placements but Forsyth has his own ideas about how the course should present.

“I think Royal Melbourne needs to have that bouncy, firmness to the greens and the surrounds,” he said.

“I think that’s the key to have the strategy of the golf course come into play. If it’s just soft and they stop it dead then you don’t really see the reward for hitting it in the right spot to approach different pins”

“My focus is to try and get the greens and surrounds similar in terms of their bounce and reaction if the ball hits it and they perhaps don’t have the same control. You see some of the PGA Tour events where they just stick the ball.”

Players can expect a natural look to Royal Melbourne as opposed to pristine presentation.

“It will be an appreciation for the design and the nature of the land,” he said.

“We want to keep it in a more natural state. We want high quality turf. We want a surface that’s going to be resilient and bouncy.”

“I think what I’ve learned from that is that a lot of it’s about timing and not getting too excited too early. I’ve learned a lot from the first go at it in ’97 when I probably thought I did over-prepare it too early.”

“I had the best turf probably for the Women’s Open in 2009. The (2001 World Matchplay Championship) was good because (there) was a similar sort of international focus on the event.”

“Working also then with the USPGA Tour sort of gave me a bit of background to them and some of the same people that are involved this time as well.”