At age 43, former Australian Open champion and PGA Tour winner, Steve Allan, has fired a superb final round at the Orange County National’s Crooked Cat course in Florida to secure his immediate future on the Web.com Tour for 2017.

The Victorian looked out of sorts with opening rounds of 68, 73 and 76 leaving him outside the Top 100 heading into Sunday’s final round. 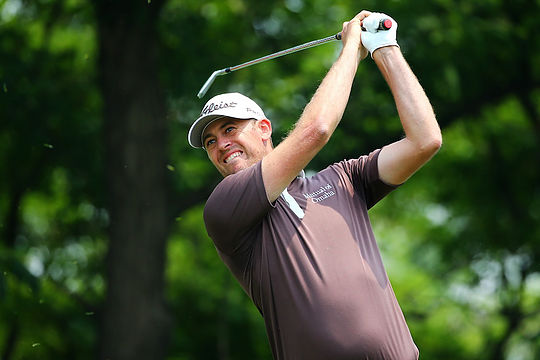 However a flawless round of 65 that included five birdies and an eagle at the par 5, 4th saw him leap 66 places to inside the all-important top-45.

Players finishing from 11th-45th (and ties) are guaranteed entry into the first eight events of the 2017 Web.com Tour regular season before the second reshuffle of exemptions later in the year.

Sydney’s Jamie Arnold, who has spent most of his pro career playing on the Asian tours, including most recently the PGA China Tour, took a more conventional route with rounds of 67, 72, 71 and 69 leaving him comfortably at T19 where he will join Allan on the Web.com Tour next season.

American Jim Renner won the week with a final round 63 giving him a three stroke victory and a full Web.com Tour card for the 2017 season. Renner played on the PGA Tour in 2015 but missed 20 cuts and collected just $91,000 in prizemoney.

Despite missing out on automatic starts, all players will have limited conditional status for 2017.