The Australian Ladies Professional Golf (ALPG) and RACV have joined forces to announce a new golf tournament on the Australian schedule: the RACV ALPG Players Championship, which will be played at RACV Royal Pines Resort on Queensland’s Gold Coast. 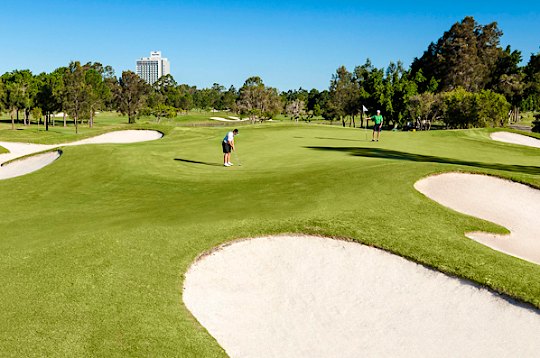 “Both the ALPG and RACV are proud member based organisations and we will be working closely with RACV to ensure that both groups of members have the opportunity to benefit from the partnership, through our development programmes and across our entire ALPG Tour.”

“The RACV ALPG Players Championship will be a unique event. In addition to Australia’s leading players, we expect the tournament will attract players from all of the Tours across the globe represented in the Rolex Women’s World Rankings.”

“We plan to create a fan and family friendly event that will have much more to offer than the traditional golf tournament model. In RACV Royal Pines Resort, we are extremely fortunate to have a world class venue as our host.”

Lunn also announced that the PGA of Australia would be involved in assisting the ALPG in staging the tournament.

“We are thrilled that the PGA of Australia have agreed to work with us in staging the ALPG Players Championship. The PGA have a track record and reputation of delivering world class golf tournaments, and with the Australian PGA Championship being hosted by RACV Royal Pines Resort it makes perfect sense that we work with them to deliver the quality of event that we can all be proud of.”

ALPG star and RACV Ambassador Stacey Keating was thrilled at news of the impending partnership.

“This is such an exciting opportunity for the ALPG to showcase what our organisation has to offer. As an ambassador for RACV, I understand how much emphasis the organisation puts on giving value to its members.”

“I am sure that the relationship between ALPG and RACV will be prove to be mutually beneficial for members of both associations. This new tournament and partnership is great news for women’s golf in Australasia”