The tournament will be an official event on the ALPG Tour schedule with prize money at a minimum of $150,000 and will be held the week in between the Australian Ladies Classic Bonville and the NSW Women’s Open. 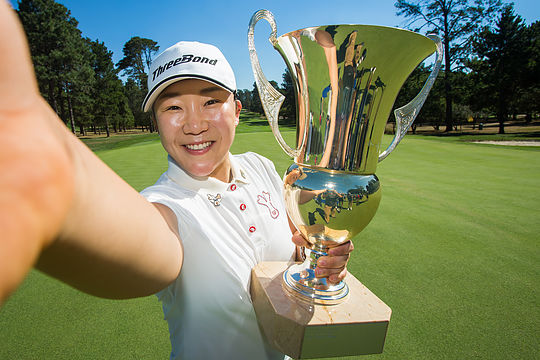 “ALPG is delighted to announce the ActewAGL Canberra Classic will once again be featuring on our ALPG Tour schedule in 2019. The 2018 edition of the tournament, which was played earlier this year on the recently redesigned Royal Canberra Golf Club layout was a huge success and we hope to build on that success in 2019,” said ALPG CEO Karen Lunn

“In terms of the tournament venue we could not ask for more, Royal Canberra Golf Club is one of the finest and most picturesque courses in Australia, and the new layout will once again provide a great test for the women professional players.”

Dame Laura Davies, former world number one, twice winner of the Australian Open and winner of 85 professional tournaments worldwide including 5 major championship has already indicated that she will return to compete in the event.

“We are delighted that Laura will be returning to Canberra in 2019. She has had a great season in 2018 winning the US Senior Women’s Open and finishing 2nd at the Founders Cup on the LPGA Tour.”

“The tournament will again be sanctioned by the Ladies European Tour and given 2019 is a Solheim Cup year we can expect to see many of Europe’s leading players competing as they chase a place on the European team,” said Ms Lunn.