Club Car / Ingersoll-Rand has confirmed its continued support of Australian Ladies Professional Golf (ALPG) by renewing its sponsorship of the 2014/15 ALPG Tour Club Car Series for a ninth consecutive year.

The Series commences in Yamba on the NSW North Coast on January 9 and offers a bonus pool of $15,000 to be split among the leading players at the conclusion of seven (7) nominated events. 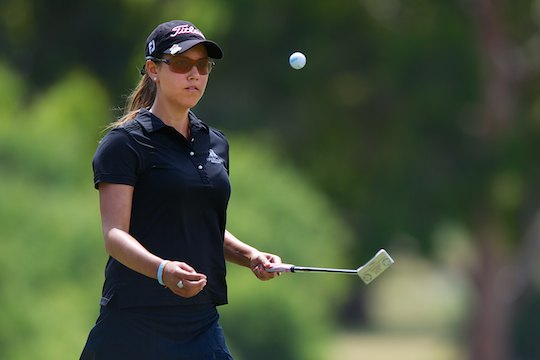 A highlight of the Series will be the return of 8-time LPGA winner Rachel Hetherington, who retired from competitive golf back in 2010 but has renewed her love for the game while running her Driving Range near Tweed Heads.

Hetherington aims to play most of the Club Car Series as well as the major events towards the end of the schedule.

The international flavour of the Series will progressively grow as more and more Ladies European Tour players arrive to play ahead of the first LET events of the season at the RACV Ladies Masters, ISPS Handa Women’s Australian Open and ISPS Handa Women’s New Zealand Open in February.

Among them once again will be England’s Dame Laura Davies, a perennial visitor to our shores, American Beth Allen and South African Stacy Lee Bregman.

The Bonus Pool of $15,000 will be distributed among the leading 5 (five) players following the Bing Lee Fujitsu Women’s NSW Open.