The Keperra Bowl is one of Australia’s premier amateur tournaments and the four-round stroke championship starts today at Keperra Golf and Country Club on Brisbane’s outskirts. 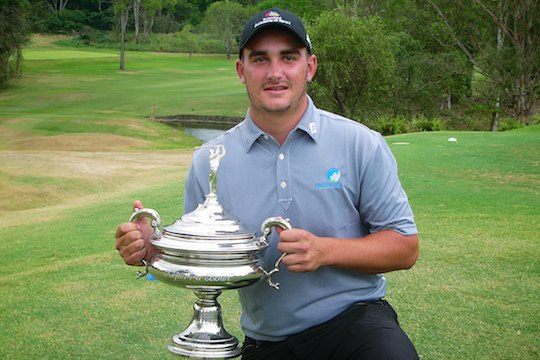 Rory McIlroy and Jason Day have also been past participants in the event. With its pretigious history, the Keperra Bowl is a title that is well sought after by our elite amateurs.

Taylor Macdonald has returned to defend his title with the world number 21 the highest ranked amateur in the 164 player field.

Last year Macdonald secured his first Tier 1 National title winning the event with a 19-under-par total, nine shots ahead of his nearest rival, Damien Jordan. Macdonald fired rounds of 66-65-69-69 to blast away the field after dominating the opening round with a 66 for a wire-to-wire victory.

Low scoring around the 6,082 metre, par 72 layout tends to dominate this event and this year should be no different. Big hitters will take advantage of the reachable par-5′s, yet many of Keperra’s par 4′s require careful placement from the tee which will force players to reach for long irons.

The excellent layout offers the classic ‘risk/reward’ option and sets the stage for what is sure to be another exciting event.

This is in effect the ‘opening’ event of the 2014-15 Australian amateur tour being the first four round tournament on the calendar with the the City of Sydney, another R&A World Ranking amateur event which was played a fortnight ago, being a 54-hole event.