Brad Kennedy finished in a share of 7th position on Sunday at the Panasonic Open Golf Championship on the Japan Tour.

Kennedy finished at 16-under-par, six strokes short of the winner, Japan’s Taiga Semikawa who is still an amateur and whose world amateur ranking is expected to improve from 9th following Sunday’s win. 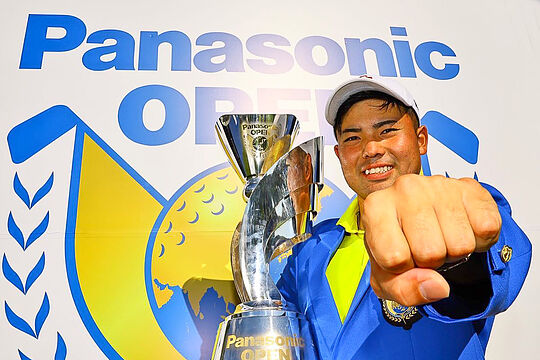 The 21-year-old launched a late birdie blitz to fire a final round 66 to seal a one-shot victory over Aguri Iwasaki with a 22-under-par total.

“I didn’t know how to describe my feeling right now,” said Semikawa. “I’m overjoyed. I have never experienced anything like this before. It was frustrating to lose the Kansai Open in April where I really had a good shot at. I really never imagined that I could win a JGTO championship as a student.”

The 48-year-old Kennedy is hunting for his fourth Japan Tour title and marked his scorecard with five birdies, one bogey and one double bogey to post his fifth top-10 result of the season.