Australia’s Steph Kyriacou has made a superb start to her 2021 campaign at the €200,000 Ladies Italian Open at Golf Club Margara near Turin in the country’s north.

The Sydney-sider, who was named the 2020 Ladies European Tour Rookie Of The Year, was happy with her result but said she needed to focus on her putting at next week’s event.

“T4 in the Italian open. Hopefully a few more putts drop next week in France,” said Kyriacou in an Instagram post. 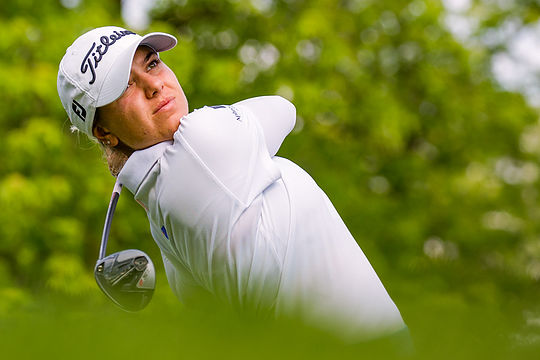 Playing in just her first tournament of the season, Kyriacou is keen to build on her success from last year where she won the co-sanctioned Bonville Ladies Classic as an amateur and finished inside the top-5 another six times on the Ladies European Tour after turning pro.

“After last year’s season my goals are pretty high. I want to win the Race To Costa Del Sol this year and hopefully have a couple tournament wins this year maybe get a few starts on the LPGA.”

Next up for the 20-year-old is the €200,000 Jabra Ladies Open at the Evian Resort Golf Club in France and the scene of the LPGA’s “fifth major” later this year.

Whitney Hillier was next best of the Australians in 29th place while Amy Walsh failed to make the cut.