Are the Saudis poaching the world’s top amateurs?

If you can’t get the players you want on board then where do you turn next? Well, it seems the world’s top amateurs would be a good place to start.

And that’s exactly what LIV Golf has done according to a recent report by the UK Telegraph’s James Corrigan. 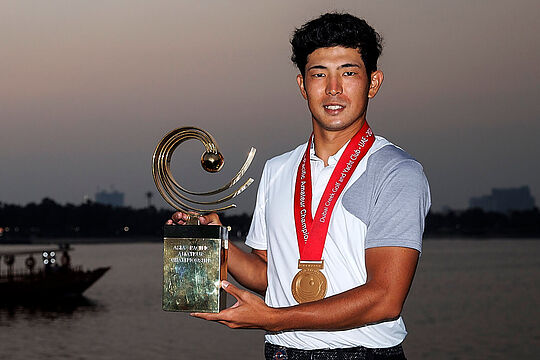 The article suggests that the Saudi-backed series has approached the world’s top-6 amateurs with one-year invites in a bid to get the future stars of golf onboard with their breakaway series sooner rather than later.

“We did invite several amateurs as part of our mission to develop the next generation of golf talent,” a LIV spokesperson confirmed to Corrigan. “They can stay amateur or turn pro.”

Reports suggest that amateurs have been offered a guaranteed payday of approx. AUD$170,000 per tournament.

As with many rumours surrounding the upstart series, the details remain unconfirmed at this stage. However, at least one astute DP World Tour player has raised what must be a valid concern for both the European and PGA Tours.

“Should they [LIV] have a stumbling block today…there’s nothing stopping them producing the players of tomorrow. That’s where it’s tough. If I was [DP World Tour chief] Keith Pelley, I’d be looking at how to stop them taking those players who will potentially be in and around the Saudi tour in five years’ time.”

Almost a million dollars in prize money and guaranteed status on the Asian Tour, now one of the richest tours in the world thanks to the Saudis, has to be a very tempting offer for a young golfer.

We will see just how tempting when the first of the LIV Golf Invitational Series tees off in London next month.