Armstrong the sole survivor at US Junior Amateur

Two Australians have been early causalities in round one of the US Junior Amateur Championship matchplay at Flint Hills National Golf Club in Andover, Kansas.

Canberra’s Josh Armstrong continued his impressive form this week to clinch his tightly-fought match against Colin Bowles (USA) with a birdie at the 19th hole. 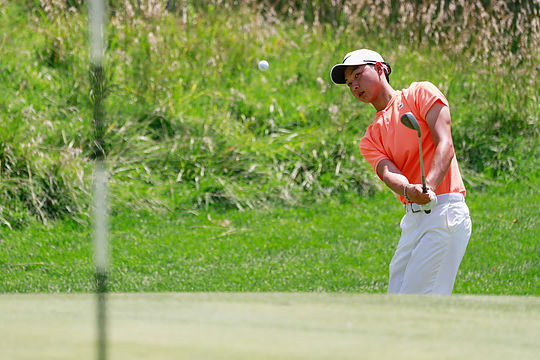 The 17-year-old now advances to the round of 32 where he will be the sole Aussie hopeful following the defeats of the 2016 champion, Min Woo Lee and Victoria’s Cameron John.

Lee took the early lead against Noah Norton (USA), however the Californian turned the match on its head winning four consecutive holes from the 5th to take a 2up lead by the turn.

Lee, who recently won the Sahalee Players Amateur and is Australia’s top ranked amateur, drew level with wins at the 11th and 13th holes but a bogey at the par-3 17th saw go down to Norton, 2&1.

“Pretty disappointed,” said Lee. “I didn’t lose to a bad player. I just didn’t produce shots when I needed to.”

2017 Australian Junior champion, Cameron John, easily qualified for the match play but succumbed to Aaron Chen (USA), who rolled in a birdie at the par-5, 585 yard 19th hole to move through to the round of 32 tomorrow.

Although not the result he wanted, John can hold his head high knowing that the match never went beyond 1up and could have gone either way at any stage of the round.

Josh Armstrong will face Trent Phillips (USA) in his round of 32 and given this week’s play Armstrong should feel confident about taking that match.

The championship will conclude with a 36-hole final on the weekend following another gruelling five rounds of matchplay.