It is fourth time lucky for Australia’s Rebecca Artis, who has finally made it through LPGA Qualifying at LPGA International in Daytona Beach, Florida.

The 29-year-old has endured several years of heartbreak after making the cut in 2013 and 2014 and falling short and then missing the cut altogether in 2015 and 2016. 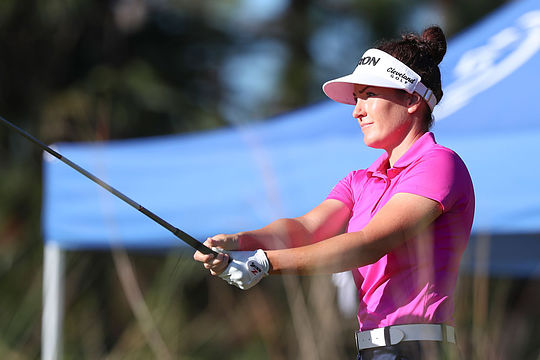 Artis has two professional wins to her name on the Ladies European Tour with the first title coming at the 2013 Helsingborg Open. She then went on to claim the 2015 Ladies Scottish Open defeating Suzann Pettersen with a final round 66.

“I don’t think I could have taken another day. I just really tried to control myself out there today.”

“This is what we’ve been working for to try and get ourselves out there on the LPGA. I’m glad this week’s over.”

Artis will join an ever-growing list of top-notch Aussie players on the LPGA including fellow rookie Hannah Green, who qualified for her card on the Symetra Tour, Minjee Lee, Karrie Webb, Katherine Kirk, Sarah Jane Smith and Su Oh.

While she is a rookie in name, her experiences in Europe will give her a significant advantage over some of the younger players heading out on Tour for the first time.