An Aussie didn’t win but Victorian Ashley Hall chose his moment well to have a strong result, tying fifth behind rookie winner Tony Finau at the Web.com Tour’s Stonebrae Classic in Livermore, California.

Finau shot a final round 4-under 66 to win by three over Argentina’s Fabian Gomez, rookie Daniel Berger and Zack Sucher, with Hall four strokes adrift. 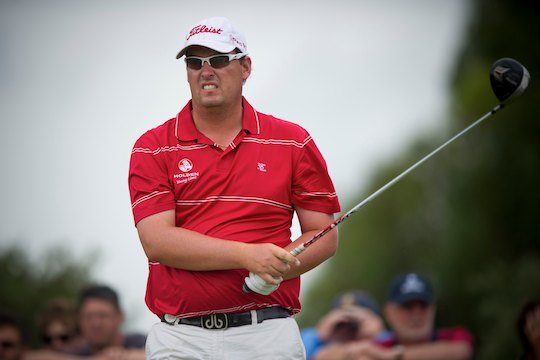 With only three events remaining in the regular season, Finau has booked his place for the upcoming 2014-15 PGA TOUR season while Hall jumped 15 places to number 32 on the Money List, to be just outside the Top 25 who earned automatic Tour cards.

At present, there are no Australians inside the Top 25 although New Zealand’s Steve Alker is assured of a Tour card at number 11 on the list.

Victorian Cameron Percy is placed at 33rd while Rod Pampling, 5th behind Geoff Ogilvy in the PGA TOUR’s Barracuda Championship this week, lies in 36th place and will be aiming to bring this week’s form back to secure a return to the main Tour next season.