Augusta looks to the future with $200m land grab

Hallowed turf like Augusta National doesn’t come cheap…not that it ever stops the world’s most exclusive golf club putting their hands in their pockets to keep it that way.

It has been revealed that the Augusta National Golf Club has spent something like $US200m buying more than 100 pieces of land, totalling about 270 acres (109 hectares) to further insulate their exclusive grounds. 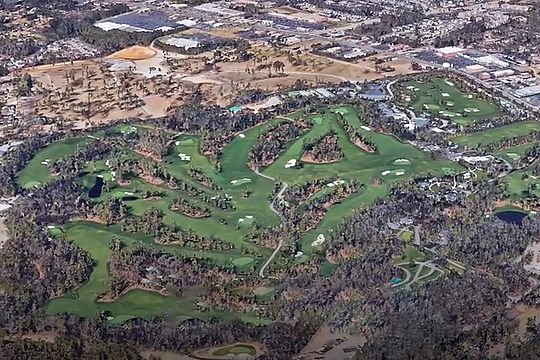 Leading American media giant The Wall Street Journal did an analysis of property and tax assessor records and interviews with people familiar with the transactions.

And it seems the club has bought some properties up to a mile (1.6km) from the clubhouse. The club also bought some land from the adjoining Augusta Country Club in 2017.

Most people don’t even realise there is a golf course next door but if you look hard on Amen Corner, you used to be able to see it through the trees behind the 13th tee.

Plans have now been revealed for Augusta National to build a tunnel near Gate 1 of the club, leading to a new state-of-the-art television and digital compound on the north side of Washington Road.

Augusta National chairman Fred Ridley announced details of the proposed Global Broadcast Village construction project at his State of the Masters address on the Wednesday before the Masters.

“With the much appreciated support of the city of Augusta and the state of Georgia, this summer we will begin a multi-year development of a portion of our property north of Washington Road,” Ridley said.

“Site work already is underway, and in a matter of weeks, we will commence construction of a tunnel connecting an area near Gate 1 to new development on the north side of the road.

“It will greatly improve the environment and services for those who help tell the story of the Masters,” Ridley said.

“And through our ability to adapt and expand this facility, it will serve us well as we deliver quality content to our fans anywhere, any time.”