And while Augusta National is to be congratulated in continuing to bridge the gender gap at one of the world’s more-exclusive golf clubs, the Georgia club were left stumped when asked if the winner will be fitted with a green jacket.

“The green jacket certainly is an iconic part of the Masters Tournament and is awarded to the champion,” said Ridley.

“We plan to have a very distinctive award in trophy for the winner of this event, and we think in time that that will become iconic as well as it relates to this championship, and we think that it will be very well received and the winner is going to be very excited to receive it.” 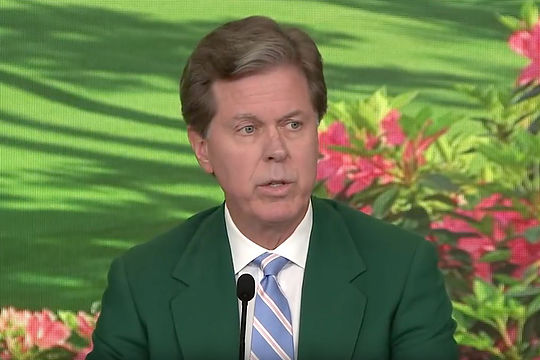 “But to answer the question, we don’t know yet. We got to work on that. But I can assure you it will be very, very nice”.

“Golf is a great game,” Ridley said. “Hopefully it is colorblind, is blind to gender. I think golf is in a great place right now. I’ve never been a part of this week where there is any more excitement. I hope today has added a little more excitement to this week.”

The 54-hole, stroke-play event will feature an international field of 72 players.

Invitees will be determined by awarding winners of other recognised championships and using the Women’s World Amateur Golf Ranking.

In 2019, the first two rounds will take place at Champions Retreat Golf Club in Augusta.

After a cut to the low 30 scores, the final competitive round will take place at Augusta National on Saturday, April 6.