It seems a week is a very long time lately and it was only recently that the Masters was confident it was going to go ahead as scheduled. 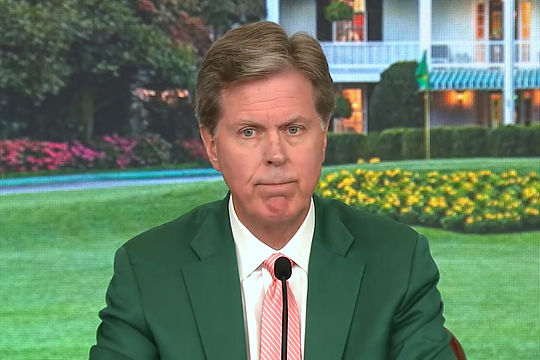 “On Wednesday, March 4, we issued a memo stating that our plans to host the Masters Tournament, the Augusta National Women’s Amateur and the Drive, Chip and Putt National Finals had not changed.”

“Unfortunately, the ever-increasing risks associated with the widespread Coronavirus COVID-19 have led us to a decision that undoubtedly will be disappointing to many, although I am confident is appropriate under these unique circumstances.”

“Considering the latest information and expert analysis, we have decided at this time to postpone the Masters Tournament, the Augusta National Women’s Amateur and the Drive, Chip and Putt National Finals.”

“Ultimately, the health and well-being of everyone associated with these events and the citizens of the Augusta community led us to this decision. We hope this postponement puts us in the best position to safely host the Masters Tournament and our amateur events at some later date.”

“We recognise this decision will affect many people, including our loyal patrons. Your patience as we make every effort to communicate effectively and efficiently is appreciated, and we will share any additional information as soon as it becomes available.”

The Masters is traditionally the first major tournament of the year and in the club’s long history only World War II has stopped it from going ahead when it was cancelled from 1943-45.

With a tight year-round tournament schedule on most of the high-profile world tours, it remains to be seen if the event will be able to rescheduled at all, and more importantly, whether it should be.

Further complicating matters is the fact that Augusta National Golf Club actually shuts down in the warmer months between late May and does not reopen again until October.