Here’s a trivia question for you.

Who was the first ever Australian golfer to compete in the US Masters? 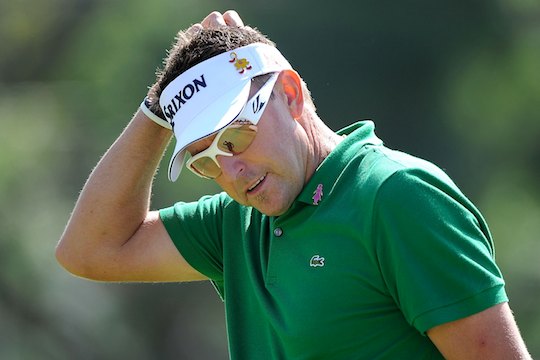 Von Nida was then 36 years of age and already had been a professional for 17 years when he set foot onto the cathedral-like setting that is Augusta National.

A first round 80 was an unceremonious start for ‘The Don’ but his appearance heralded a wave of Australian players to travel to the Georgia golfing gem.

In all, Von Nida is among just 36 Australians to have been invited to compete in the season’s traditional opening Major.

Crampton was the first to go the closest to being fitted with the green jacket in finishing runner-up and three shots behind Jack Nicklaus in 1972.

But it was Greg Norman who continues to bear the biggest and saddest Augusta scars.

Twenty-two times Norman contested the Masters, finishing top three on six occasions including joint runner-up in 1986 and losing out in a playoff the following year.

However, it was in 1996 that Norman blew becoming Australia’s first-ever Augusta champion leading by six and losing to arch rival Nick Faldo by seven in again finishing second.

This year Queensland sensation Jason Day becomes the newest Australian to join the Augusta National honour roll with the young 23-year old booking his place early on the back of success in last May’s HP Bryon Nelson Championship.

Aaron Baddeley returns for a sixth appearance with the recent Northern Trust Open winner returning after last competing in 2009.

The pair will join Appleby, Allenby, Scott and Ogilvy.

Of the five to have contested the Major before, the lowest round is a 68 by Baddeley in 2009.

And among the five there’s been just five sub-70 rounds.

So what are the chances of an Australian becoming the first to be fitted with the most sought after item of apparel in all of golf – the Augusta National green jacket?