The Australian, who earned his Tour card by finishing tied-18th at Qualifying School this year, has been on form of late and it continued to show with him taking prime position atop the leaderboard and holding a two-shot lead over five players bunched in tied second place. 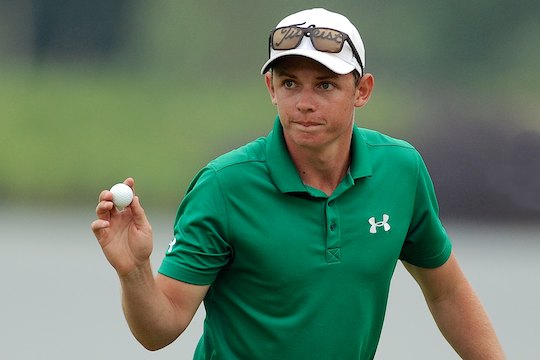 Japan’s Hiroyuki Fujita, Kiyoshi Murota and Fukabori Keiichiro signed for matching 68s to share second place with Thailand’s Namchok Tantipokhakul and Korea’s S.K. Ho at the Japanese showpiece which is sanctioned by the Asian Tour and Japan Golf Tour.

Smith has been on a hot streak of late. Before the Asian Tour headed into its summer break, the 21-year-old led into the final round of the CIMB Niaga Indonesian Masters in April before settling for tied second place.

A rejuvenated Smith then got back to business by finishing inside the top-10 in his last two events on the Asian Tour.

The Australian is determined to ride on that rich vein of form for his maiden win on the region’s premier Tour this week.

“I’m feeling really good. We had a little break in the middle of the year and it’s really good to be back, fresh and competitive again,” said Smith.

Smith, who enjoyed a distinguished amateur career where he won a host of events including the 2013 Australian Amateur, Australian Junior Championship and Australian Stroke Play Championship in 2011, paid credit to his short game for giving him a good head start.

“I putted well today as I struggled a bit in the last couple of weeks with the putter but today was really nice and hopefully I can keep that going for the next three days,” said Smith.