Jason Scrivener and Geoff Drakeford are through to the final stage of the European Tour School after successfully finishing 2nd stage in Spain.

Scrivener qualified 10th at the Lumine Golf and Beach Club with rounds of 68-70-70-66 to finish at 10-under to qualify by a stroke. 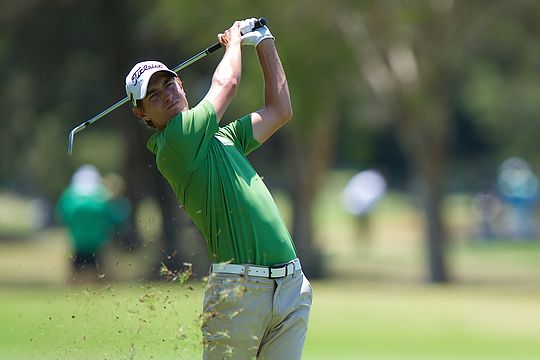 Scrivener’s final round 66, the second lowest on the final day, catapulting the Western Australian and former Australian Boy’s Junior champion up the leaderboard to secured his place in qualification.

Drakeford qualified right on the number finishing in a tie for 16th at the Las Colinas Golf & Country Club with a 7-under par total following rounds of 69-67-69-72.

Nathan Holman was also unsuccessful finishing in a tie for 27th at 5-under after rounds of 73-68-73-65 at the same venue as Drakeford and Arnold.

The European Qualifying School is held in three stages – dependent on the individual’s status – at a series of venues in the UK and Continental Europe. In the region of 1,000 competitors had entered this year’s qualification series, all aiming for a European Tour card, awarded to the top 25 and ties following the Final Stage.

By making the Final Stage, Scrivener and Drakeford will guaranteed Category 15 membership on the Challenge Tour for next season.