Jason Day wasn’t the only Australian to give us a warm, fuzzy feeling at Whistling Straits during last weekend’s US PGA.

And a tie for 21st, coupled with a missed cut, might not sound all that impressive. 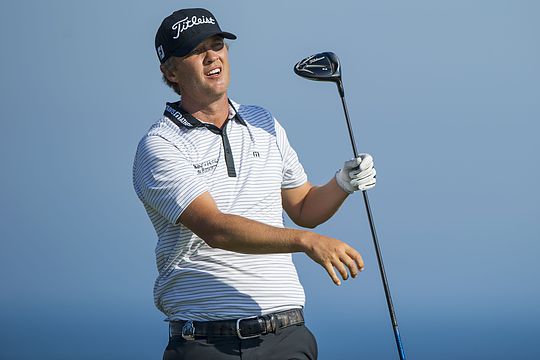 Yet it was a special week for two brothers from Cronulla in Sydney, Matt and Brett Jones who made history when they became the first Australian brothers to play in a “modern” major championship.

Younger brother Matt, 35, gave Australian plenty to cheer about too as he was the clubhouse leader after the second round following two fabulous rounds of 68-65 to put himself right in the hunt for his first major.

While Brett, 40, who works as a club professional at Colts Neck, New Jersey was thrilled just to earn a place in the tournament after coming through qualifying.

While he shot rounds of 75-78 to miss the cut, he hung around to cheer “little brother” at the weekend even though Matt, who is now ranked No. 75 in the world, disappointed with two closing rounds of 73-75 to finish well adrift of Jason Day.

“It’s great just to playing in a tournament with my brother and even better that it happened to be a major, the family was here. It was awesome,” said Brett.

Still Brett harbours no ambitions of becoming a regular on the US tour.

“I have a family with kids so I am not prepared to drag them around and try to be a tour member but getting into this tournament each year is a goal for me,” he said.

“I have been close the last few years before this and hopefully this is not a one and done and I can play in it a few more times in my career.”

Matt, who is already a winner on the US Tour, lamented his brother couldn’t make it through to the weekend’s play:

“I wish he would have made the cut. I would have liked to help him a little more,” he said.

“He made a few little mental errors out here, but that’s expected for him since he hasn’t played many golf tournaments, especially at this level.”

“I would skip school, he would pick me up, he would miss work and we would go out and play.”

“He’s always been there. We have done a lot of stuff together golf-wise.”

“Just to have him here this week was great.”