Australia’s Karl Vilips has taken out the AJGA Wyndham Invitational in fashion with a six stroke win from his nearest rival and cemented his position as the world’s number one junior golfer.

Vilips, came into the final round of play at Sedgefield Country Club’s Pete Dye Course with a 9-stroke lead and closed out with a nervous 3-over-par 73 after opening with rounds of 67-68-62. 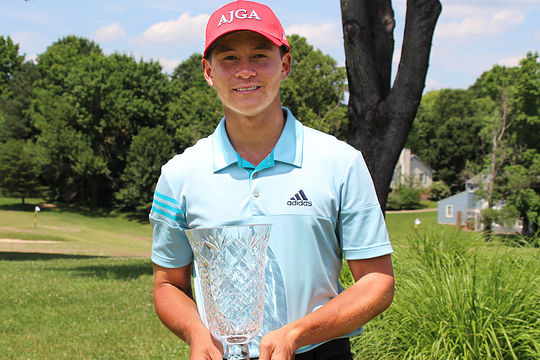 The win marks Vilips’ third career invitational title for the number 88th ranked amateur player in the World Amateur Golf Rankings having won the Polo Junior Classic in 2017 and the Junior Orange Bowl in 2016.

Vilips has been racking up a collection of victories in the US. In July last year at 15-years-old Vilips won the prestigious Southern Amateur carding an impressive 5-under-par final round to win by a stroke from Stoney Crouch and matched Bob Jones (1917) as the youngest champion in tournament history.

Coached under the watchful eye of Cameron McCormick, who also coaches Jordan Spieth, Vilips’ game continues to go from strength-to-strength since qualifying as a 14-year-old at 2016 US Amateur.

Vilips ascension to No.1 in the American Junior Golf Association rankings will also do his chances no harm in being named in the International Team for the Junior President’s Cup to be played at The Royal Melbourne Golf Club in December 2019, given his rise in the World Amateur Golf Rankings as well.