World No.19 Hannah Green will return to our shores to compete in the first Women’s Australian Open since Inbee Park won the title in early 2020, and a month prior to the world going into lockdown.

Green, who in 2019 became the first Australian women to win a major since Karrie Webb’s 2006 Kraft Nabisco Championship success, will take her place in the world-first event as our national golf Open will now include the simultaneous playing of the men’s and women’s tournament. 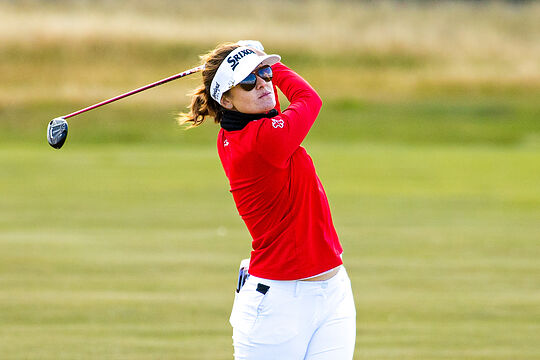 “When I heard that the men’s and women’s Opens were coming together for the first time, I knew that I wanted to be there,” said Green.

“We’ve experienced this kind of concept, with men and women playing together on the same courses at the same time, at the Vic Open and the Webex Players Series events, and to have it in place for the first time at a national Open is going to be something special.”

Both Green and the Women’s Australian Open have long been sponsored by Japan’s ISPS HANDA organisation, who also announced this week the extension of the Australian Open naming rights for another three years.

“We are very excited about our plans for the ISPS Handa Australian Open and there is so much for golf fans to look forward to. Hannah’s signing on is great news – and we anticipate more announcements in the coming weeks as our impressive men’s and women’s fields continue to take shape,” said Golf Australia CEO James Sutherland.

The men’s Australian Open will be taking place for the first time since 2019 following its cancellation in 2020 and 2021 due to travel restrictions bought on by the pandemic.

The men’s and women’s tournaments will be played between the Victoria Golf Club and Kingston Heath in Melbourne and will feature equal prizemoney for both fields of $1.7 million.