Take nothing away from new Open Champion Zach Johnson’s performance in claiming the Open Championship at St Andrews.

His final round 66 was the equal best of the day in difficult conditions and come playoff time against Louis Oosthuizen and our own Marc Leishman, Johnson seized the moment with birdies on the opening two holes and a clutch save at the 17th after finding himself stymied by the Road Hole bunker after his second shot. 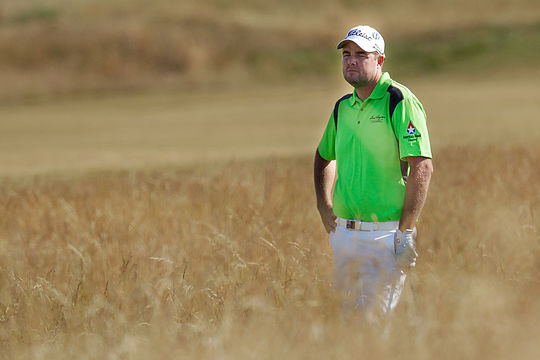 With only a few holes remaining in the championship, Leishman held a two-stroke lead and our hopes were soaring to new levels when he escaped the treacherous 17th with a par with hopes of a birdie at the 18th to win the Claret Jug outright.

Even when a playoff was required, surely we were destined to claim victory after what has been a very dry spell since Greg Norman’s win at St George’s in 1993.

When Leishman’s tee shot found a shallow divot off the 1st tee, it was hard not to think: ‘Here we go again’. Aussies have been down this playoff path at the Open before and on each occasion, the golfing Gods have seemed to conspire against our boys.

Wayne Grady and Greg Norman were the first to experience this in 1988, the first year of the four-hole playoff decider at The Open.

Grady had led the tournament for most of the week while eventually winner Mark Calcavecchia was pulling rabbits out of his hat to stay alive.

At one point on the back nine on Sunday, Calcavecchia holed a freakish pitch from 40 yards out that flew into the hole on the full.

Norman opened that playoff with two birdies as Johnson did this year, but a huge drive at the final hole of the playoff caromed into a bunker that most considered ‘unreachable’ and the dream was lost.

In 2002, Steve Elkington and Stuart Appleby joined Ernie Els and Thomas Levet in a four-hole playoff at Muirfield with a bizarre twist, with players being sent out in separate two-balls rather than as a fourball.

Leishman now joins an unwanted club of modern era Australian greats but typical of the big Victorian, he was gracious and accepting of the result immediately afterwards.

“Yeah, it was a big week. Obviously pretty disappointed at the minute, having a chance to win it and not being able to take it, but that’s golf, unfortunately.”

“There was three of us in the playoff and there could only be one winner.”

Yeah, I’m disappointed but I’m happy with the way I played all week, played great Thursday, Friday in the wind and then played good the last two days in the better conditions.”

“I’m happy, don’t worry about that. I’ve just finished second in The Open. It would have been nice to have a Claret Jug to drink out of to celebrate but I’ll find something else.”