The US PGA Tour may be up and running but there will be plenty happening on the home front to keep Australia’s touring professionals busy in coming weeks as well.

While our superstars like Jason Day, Adam Scott and Marc Leishman will be plying their trade in the ‘cool’ US conditions, New Zealand will host many of our local stars for a new event named the Rebel Sports Masters at one of the Kiwis’ newest courses, Wainui GC north of Auckland starting this Thursday. 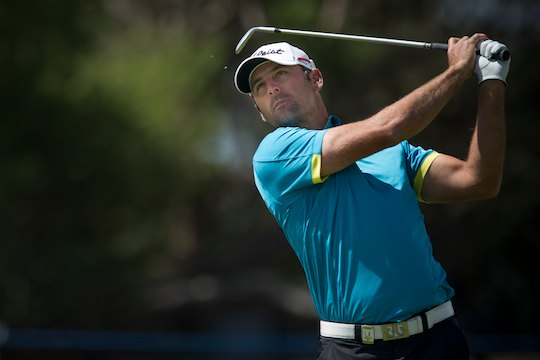 Even though this fledgling event is only offering $100,000 in its first year, it will still boast a strong field which will include highly-ranked New Zealand star Ryan Fox as well as New Zealand Open champion Michael Hendry.

The players then head back to Australia for the $650,000 Oates Victorian Open to be contested at the marvellous 13th Beach Golf Club on the Bellarine Peninsula from February 1-4.

This event has become a tremendous success through its innovative planning, combining with the Women’s Victorian Open with alternating tee times.

The PGA Tour of Australasia then moves west to Perth for the ISPS Handa World Super 6 Perth Match Play in a format introduced last year involving 54 holes of stroke-play followed by a final round where only the leading 24 compete against each other in a knockout format over six holes.

Beginning on February 11 at Lake Karrinyup Golf Club, this event is also part of the European and Asian Tour schedules and carries prizemoney of $1,750,000.

Players then trek back across the Nullabor for the $125,000 Coca Cola Queensland PGA Championship in Toowoomba.

Another strong field is expected for an event that has been won by US Tour winners like Greg Norman, Ian Baker Finch, Nathan Green, Steven Bowditch and Andre Stolz.

And from there the Tour heads back across to New Zealand for the $NZ125,000 Horizon Golf New Zealand PGA Championship at the Manawatu Golf Club.

Still in New Zealand, players then head to Queenstown for the popular ISPS Handa New Zealand Open at Millbrook Resort and Hills Golf Club near Queenstown.

This event became a pro-am format in 2014 and now boasts prizemoney of $NZ1 million.