Spain’s Carlota Ciganda won for the second time this season but all Australian eyes were on Sarah Jane Smith, who enjoyed her best finish of the season and equal-best result of her career by finishing in tied 2nd place in the Lorena Ochoa Invitational in Mexico City.

The 32-year-old from Victoria who now lives on Queensland’s Sunshine Coast, played in unfamiliar territory in the final group on Sunday and despite shooting a two-under 70, finished two adrift of Ciganda and tied with Austin Ernst, Karine Icher, Angela Stanford and Jodi Ewart Shadoff for second at 11-under. 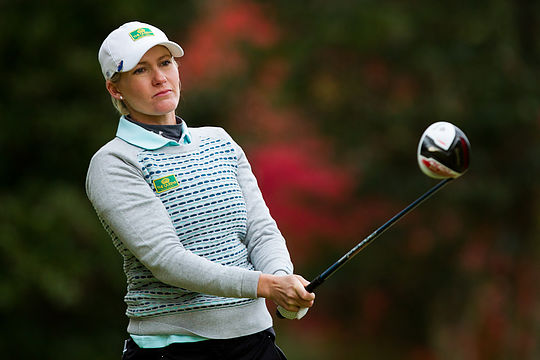 With just one event remaining, the LPGA Tour Championship in Florida this week, Smith’s best-ever season on the LPGA Tour can be further embellished with a continuation of the form she displayed this week in logging her first top-ten of the year.

20-year-old Victorian Su Oh finished in a tie for 12th at 7-under par to cement her place in her first Tour Championship field, reserved for the top 72 players from the LPGA season through the Lorena Ochoa Invitational.

Minjee Lee and Karrie Webb will also take their place in Naples with Lee, ranked 7th in the Race to CME Globe standings, a more than legitimate chance of taking home the $1 million first place cheque from the prize pool.

Currently, Thailand’s Ariya Jutanugan leads the way in the standings from Lydia Lo and Brooke Henderson and any of the three can win the season long title with a win at the Tour Championship.

Conversely, any of the top-9 players (including Lee) have a mathematical chance to win, depending on results in the final event.