The Australians have wrapped up the World Amateur Team Championships with a disappointing 15th place finish in their race for the Eisenhower Trophy in Paris. 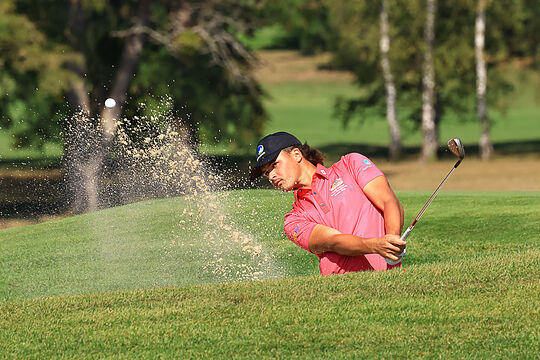 “It was a pretty solid day today,” said reigning Australian Amateur champ, McKinney. “I hit it in all the right spots and hit more fairways than I have the rest of the week. It was a pretty cruisy round if you’d like.”

Sweden’s Tobias Jonsson topped the individual leaderboard on 17-under and one shot ahead of Japan’s Taiga Semikawa, who threw away his chance at the title with a final round 73. Team Sweden finished one shot behind Italy with a 30-under tally.

“It’s fair to say we’re a little bit disappointed with the scores this week,” said Crowe (pictured), who has enjoyed a stellar season winning the NSW Open as an amateur along with the Australian Master of the Amateurs and the NSW Amateur.

“It’s not what we were hoping obviously, but had a blast. Still had a lot of fun this week, it just was not the result we were after. Didn’t have a lot of momentum go in our favour I guess. It just wasn’t our week.”

The Aussie trio, along with Karl Vilips, Junior Presidents Cup representative Jeffrey Guan, Joshua Greer and Lukas Michel, will have another chance to claim victory having been named last week to compete in the Asia-Pacific Amateur Championship in Thailand in late October.