Aussies Frazer Droop, James Gibellini and Simon Viitakangas lead the Australian Master of the Amateurs at The Royal Melbourne Golf Club following the opening round of Australia’s top amateur tournament on our amateur calendar.

The trio fired 2-under-par 70 for a one stroke lead over fellow Australians Daniel Hoeve, Jason Perry and Jordan Zunic.

In it’s 17th year – and 4th year hosted at The Royal Melbourne Golf Club – this tournament continues to attract the world’s best amateurs and grow from strength to strength.

Five of the world’s top-20 are competing this week and the field includes four players ranked number one in their respective countries, including Dou Zecheng from China and Zimbabwe’s Scott Vincent.

Defending champion, Viraat Badhwar, from Australia has returned from the USA to defend his title and opened with a 1-over-par 73 and is three behind the leaders. 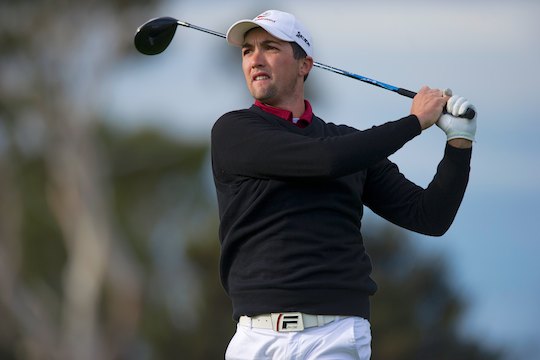 The Americans have packed a full-strength team this week including such talent as Cory McElyea, Brandon Hagy, Cameron Wilson and Jordan Neibruggee.

Wilson was the best of the Americans firing an opening round of even par 72 to be in a tie for 7th position.

The West Course at Royal Melbourne has again provided the perfect test with just six players from the elite fifty-four player field breaking par on the opening day.

Geoff Drakeford, runner-up to Cameron Smith at the 2013 Australian Amateur, was forced to withdraw with stomach issues yet the Aussies certainly fired today.

Traditionally, Team USA have featured strongly in this event and tied with Australia last year. This year is no exception with Brandon Hagy, Walker Cupper Jordan Niebrugge and Cameron Wilson packing a solid punch in the USA lineup.

The Aussies have started well following the opening round to have nine of the top-10 positions moving into tomorrow’s second round.