Australia’s John Wade had smashed the course record at the Dunbar Club to qualify for The Open later this month.

The 45-year old Melbourne golfer posted a seven under par 63 less than an hour after the new mark had been set at 64 by popular India golfer Shiv Kapur. 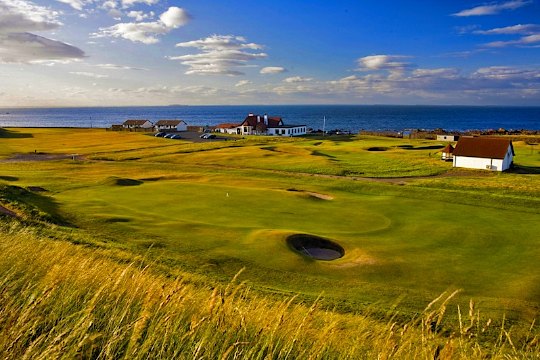 Wade had signed for an opening score of an even par 70 and then came out after a short luncheon break to birdie five of his closing nine holes including a hat-trick of birdies from the 14th.

Wade used to compete on the European Tour but is now a club professional at the Commonwealth Golf Club and one of Melbourne’s famed Sandbelt courses.

“This is a dream come true,” he said.

“I love it in this part of the world, so thought I would come over and try to qualify. I played The Open once before at St Andrews in 2005, but missed the cut by miles.”

“However it was a great experience. It was Jack Nicklaus’s last Open and the atmosphere was incredible.”

At North Berwick, Australian Daniel Gaunt missed a playoff for qualification by just one stroke while Matthew Guyatt finished T29 on +4.

Matthew Zions missed out at Musselburgh, closing the day in equal 14th place and five strokes adrift of the cut-off. Scott Arnold failed to finish the day and pulled out after an opening round of 75.