Australia’s gun amateurs are playing some amazing golf in all corners of the world at the moment.

So it is no surprise that a very much in-form team has been selected to represent their country in next month’s Spirit International in Texas, US. 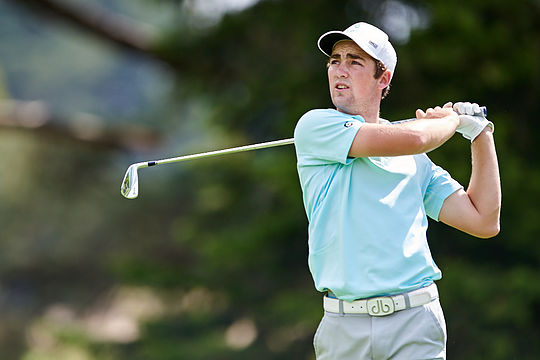 Cassie Porter, Emily Mahar, Jack Trent and Lachlan Barker have been named in a four-person team to play north of Houston from November 4-10.

According to Golf Australia’s high performance general manager Brad James said it was the perfect opportunity to combine both domestic and college-based athletes in the same team.

“And at almost the same time, Emily was winning the Princess Anne Invitational in Virginia for her Virginia Tech team.

“On the men’s side, we all marvelled at the PGA Tour debut of Jack Trent in Las Vegas, and we’ve been impressed by the form of Lachie Barker at Iowa State since he made the transition there from South Australia’s high-performance program.

“This is a great test for all of them against an international-calibre field and on an elite golf course.

“And we’re confident that we’ve picked a really competitive team for this event.”

It features teams of four from 20 countries and is run biennially in the years that the World Amateur Championship is not held.

The focus is on men’s and women’s team competitions and also a mixed teams’ event.

There are also men’s and women’s individual titles on offer.

The team will be supported on the ground by Emma De Groot and Adrian Wickstein.