The Australian team of Breanna Elliott (Vic), Whitney Hillier (WA) and Su Hyun Oh (Vic) finished in third place at the Queen Sirikit Cup as defending champions South Korea trumped the rest of the field again on the final day.

Hillier shot a closing round 1-over par 73 while Elliott’s 3-over 75 also counted. Oh finished with a final round 79. 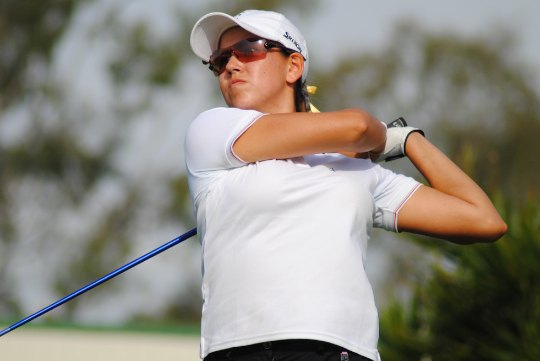 “It was a frustrating day for me, for sure,” Oh said.

“I hit 15 greens in regulation, hitting them to within 5 feet, but the birdies weren’t coming in. I even missed a few pars. I triple bogeyed the 4th after losing a ball. This course really teaches you a lesson every day.”

Boosted by an overnight lead of 15 strokes over the Australians, the Koreans continued where they had left off the day before. A steady showing from World No. 17 Hyo-Joo Kim (70), coupled with strong displays from team-mates Park Chae-Yoon (68) and Baek Kyu-Jung (66) ensured that the Queen Sirikit trophy would be staying in Korea for another year.

The championship is hosted annually on a rotation basis among 14 invited member countries with the objectives of promoting the standard of women’s golf in the region and to promote goodwill and friendship among participating teams.