Australia’s Hannah Green has finished runner-up to Japan’s Nasa Hataoka at the DIO Implant LA Open on the LPGA Tour. 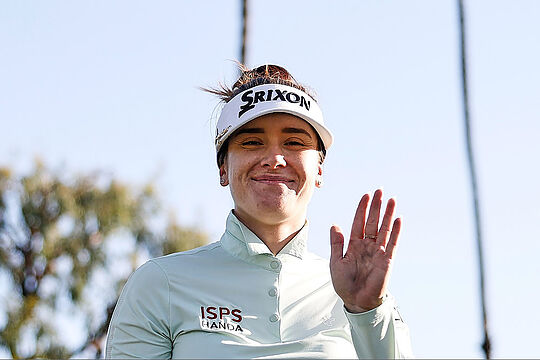 Hataoka began the final round with a four-shot lead and never wavered. She held a five-shot lead over Green and continued putting her foot down.

“I did have a lead, but obviously this course, this challenging course, you never know what’s going to happen,” said Hataoka. “I was able to focus until the last putt.”

The win is Hataoka’s sixth LPGA victory and her first since the 2021 Walmart NW Arkansas Championship. Prior to this week, her best finish of the season was a share of 11th at the HSBC Women’s World Championship.

Green’s runner-up result was her best of the season so far and the 25-year-old was pleased with the result.

“Definitely, really happy with how things are trending,” the Australian said. “It was nice to be a bit more consistent. Last week I got off to a great start and then just couldn’t maintain it in Hawaii. So, I feel like once I get the putter hot, I’m pretty excited to see what’s to come.”

Green’s previous best result this season on the LPGA Tour was a share of 6th at the HSBC Women’s World Championship. She currently sits 15th on the CME Rankings with US$322,489 in season earnings which is on the back of three top-10 finishes.