The British Amateur Championship at Royal Porthcawl and Pyle & Kenfig kicks off this week in Wales with an international field totalling 288 players from 30 countries.

Seventeen Australians have qualified with Cameron Davis and Harrison Endycott the top ranked Aussies with both currently sitting inside the top-30 in the R&A World rankings. 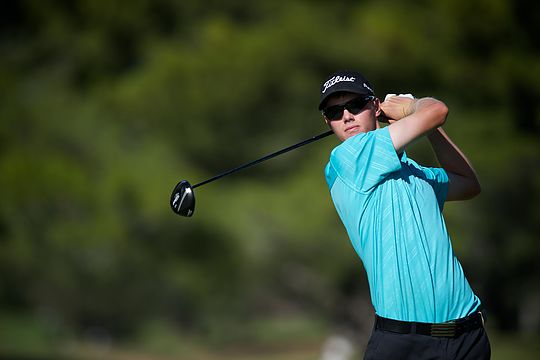 Davis has entered the championship in form following a six-under-par 65 course record at Rowallan Castle Golf Club, north of Kilmarnock last week in Scotland during a tri-nation friendly between the hosts, Australia and South Africa.

Davis has been solid during 2015 with his standout result a tie 2nd at the rain shortened Asia-Pacific Amateur and medallist honours at the NSW Amateur.

Endycott is another player who has fired during 2015 with four wins back in Australia including the Lake Macquarie Amateur and South Australian Amateur Classic. Endycott’s best international performance is a runner-up result at the Malaysian Amateur Open in 2015.

Bryden Macpherson won the British Amateur in 2011 at Hillside Golf Club when he became the first Australian in 57 years to win the title. Last year Frenchman Romain Langasque saw off the challenge from Scotland’s Grant Forrest to win at Carnoustie, with Harrison Endycott the best of the Aussies making it through to the second round before losing to Langasque.

Cameron Davis, Taylor MacDonald and DJ Loypur were the other Aussies to make it through to the matchplay but unable to advance past the first round.

The first stage of the Championship comprises two qualifying rounds of stroke play, one round on each course, before the 64 players with the lowest scores and ties for 64th place progress to the match play stage at Royal Porthcawl. Each match will consist of one round of 18 holes except the championship final which will be over 36 holes.