Aussies line up for Asian Amateur

Six Australians will contest this week’s Asia-Pacific Amateur Championship at the Amata Spring Golf and Country Club in Bangkok.

The Aussie contingent is spearheaded by Oliver Goss and Cameron Smith. 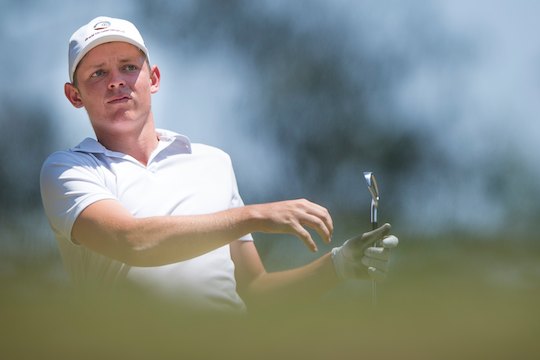 Goss displayed stellar form recently winning last week’s Australasian Tour event at the Western Australian Open and this year was a quarter-finalist position at the US Amateur.

Smith, who finished 4th in this event last year, played well at the World Amateur Teams Championship in Turkey finishing a creditable 13th in the individual rankings.

Smith is confident an Australian can triumph in this Asia-Pacific Amateur Championship, which has been won by Han Chang-won of Korea (2009) and Hideki Matsuyama of Japan (2010 and 2011).

“The quality of Aussie players this year is strong and I think all of us could put up a good fight for the title,” says Smith.

“We all have experience in big tournaments and we have a good chance of winning if we play to our potential. It would be a good break for Australian golf if one of us were to win as not everything has gone our way in golf recently.”

Brett Drewitt is fit following a near fatal car crash last week near Gloucester and enters the tournament with a new perspective on life and golf.

“Putts of three foot are nothing compared to what could have happened to me. So I’m going out there to play aggressively and to win.”

The other three Australians include Ricky Kato, Nathan Holman and James McMillian.

All of the Australians have been in good form this year.

Kato won the Tasmanian Open in February, while Drewitt triumphed in the NSW Amateur in February. Holman won the Australian Master of the Amateurs at Royal Melbourne Golf Club in January and McMillan finished runner-up in the Golf SA Amateur Classic in April.

Last year Matsuyama won the title with a superb final round 67 at The Singapore Island Country Club.

The 19-year-old defending champion, who won the title in his native Japan in 2010, collected five birdies in a bogey-free final round to finish 18-under-par and one shot clear of South Korea’s Lee Soo-min.

Victory provided a return for Matsuyama to the Masters Tournament at Augusta National, where he made history in April 2011 by becoming the first Asian golfer to win the Silver Cup for low amateur.

The 2012 Asian Amateur winner receives an invitation to the Masters, while the champion and runner(s)-up earn spots at The British Open Championship’s International Final Qualifying in Asia.