Two young Australians will ply their trade on the Asian professional golf tour after surviving a gruelling five rounds of qualifying in Thailand last weekend.

West Australian Daniel Fox and Victorian Zach Murray will have full playing privileges in Asian this year after playing some of their best golf to get through one of the toughest tests their games will ever face. 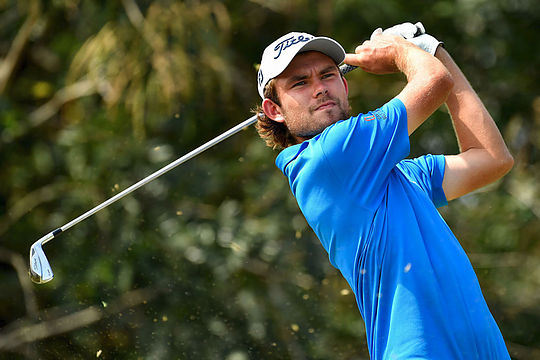 While cards were available to the top 35 in the 90-hole marathon event, Australians Jack Munro and Kade McBride will be rueing a missed putt here and there which cost them any chance of progressing to the tour.

Both missed out by just one shot after being unable to get the job done in disappointing back nines on the final day.

For Qualifying School winner Truslow it has been an amazing journey:

“For the past four years, I haven’t got on Tour,” he said.

“My goal when I was 18 was to get on Tour by age 22 and the Asian Tour Qualifying School was my last chance to do it.

“It’s been a good week. I finally have a place to play full time.

“I felt that my game is good enough once I get out there, but I haven’t done well in qualifying.

“Now that I have a card, I can loosen up and show my consistency. I started chipping with one hand over a year ago. I didn’t chip great this week, but it was still a lot better than chipping with two hands.