Aussies open well at US PGA

Geoff Ogilvy, Aaron Baddeley and Adam Scott have started their US PGA Championship campaigns with opening rounds of 4-under-par 68′s to be two strokes from the first round leader, Carl Pettersson.

Ogilvy carded a bogey free round with birdies on the 2nd, 7th, 10th and 15th.

Baddeley also recorded a bogey free opening round, whilst Scott’s only blemish came on the 435 metre 4th hole, after three birdies on the front nine and two on Kiawah’s back nine.

“It would be great to put two more rounds together and be coming here Sunday with a good look at the championship.”

“Otherwise, you know, if I don’t, then I’ll really feel like I’ve let it all slip this year for me. “

“So I’d love to use this opportunity while I’m playing well to get in there and have a sniff on Sunday.” 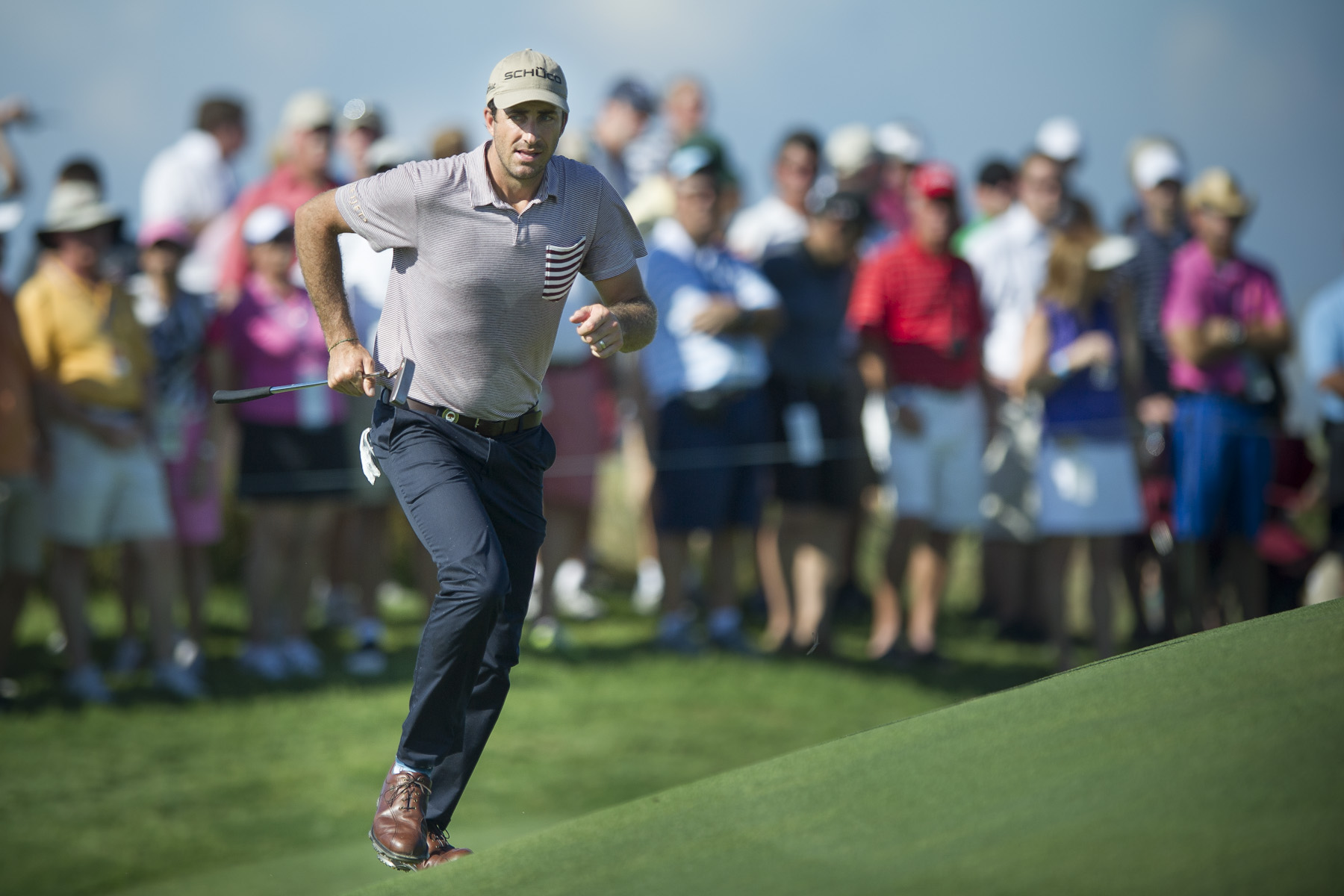 Geoff Ogilvy strides out during the opening round of the US PGA Championship with a 4-under-par, 68, to be two behind the leader, Carl Pettersson (Photo: Anthony Powter)

Rory Mcllroy’s first round of 67 was the Northern Irishman’s lowest in a major since last year’s US Open.

“It was a great way to start the tournament,” said the 23-year-old McIlroy.

“I was hitting balls on the range this morning and there was completely no wind. It was flat calm and I really thought that I had to take advantage of the conditions.”

“So I got off to a great start to be three under par through seven and just took it on from there. So I’m very happy with the round, and it’s a great score to build on.” 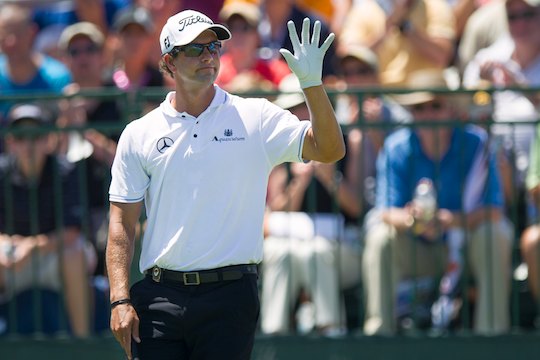 Adam Scott thanks the fans on the opening tee at Kiawah during the first round of the US PGA Championship (Photo: Anthony Powter)

Along with the Australians at 4-under-par and in a tie for 5th include John Daly and defending champion Keegan Bradley.

Greg Chalmers is at 2-under-par after opening with a 70, with Jason Day at even with the card after a 72.