Aussies out of Western Amateur

The Western Amateur has been punishing for the eleven Australian hopefuls who entered with only two, Nathan Holman and Todd Sinnott, progressing past the 36 hole cut in an attempt to make the top-16 match play segment at these championships.

The tough North Shore Country Club, venue of former US Opens and US Amateur championships, sent a stern challenge to the majority of the field which included three of the world’s top four players and six of the world’s top-10. 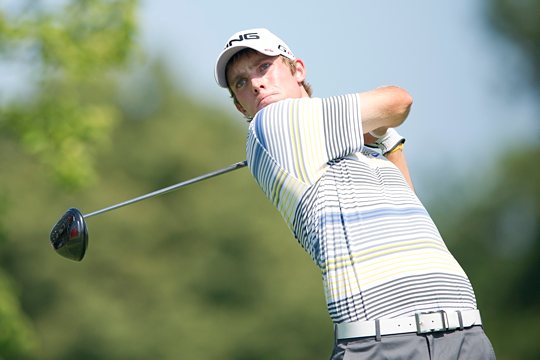 A number of marque players would falter, including England’s Tom Lewis and defending champion, David Chung

American Chris Williams was the exception and carved his way around the North Shore layout with ease firing rounds of 66-66-70-66.

Williams finished the stroke play at 16-under 266, for a three shot win over Patrick Rodgers.

Currently ranked seventh in the world, Williams’ medal win in Chicago could not come at a better time with USGA officials in the process of selecting the final six spots for the US squad in September’s Walker Cup.

A total of 10 amateurs will be named to the team to represent the United States commencing September 10 at Royal Aberdeen Golf Club in Scotland and with four of those positions already confirmed, UCLA’s Patrick Cantlay, Oklahoma State’s Peter Uihlein and Georgia teammates Harris English and Russell Henley, Williams is eyeing off one of the available spots.

As for the Australians, our flag was being waved by two newcomers to the world golfing amateur ranks. Holman and Sinnott represent the next wave of our amateur golfers progressing from the junior ranks and both can hold their head high following this Western Amateur.

Holman won the Riversdale Cup last March in a playoff over Matt Stieger, the reining Australian Amateur champion. Sinnott is a former Victorian Boy’s champion. This was both their maiden US tour and their efforts were certainly better than a number of our established amateurs who had trouble getting out of the blocks in Chicago.

Holman opened the third round with an impressive three-under-par 68 to be in a tie for 16th going to the lunch, inside the desired “sweet-16”. He found the afternoon conditions challenging firing a 75 to finish in a tie with Sinnott in 32nd position. Holman had earlier rounds of 70-73 to make the plus-2 cut mark.

Sinnott, who’s accounted for five top-20 finishes in these main amateur events in the US, fired closing rounds of 71-72 after earlier rounds of 72-71 to also finish at 2-over-par.

The Victorians displayed solid golf against one of the best fields that’s ever being assembled in a main amateur tournament and around a golf course that many remarked was set up harder than a US Open, with three inch rough straight off the fairway swallowing any errant shot both on the fairway and around the green.

North Shore Country Club has no intermediate rough, a setup that many remarked as being simply too tough but countered by the members as necessary to protect the 6462 metre layout, considered short by modern day standards.

While aiming to make the match play segment of this event, Sinnott was generally pleased with his efforts in Chicago and his US tour in general. The Western Amateur was Sinnott’s last tournament and he heads to California for a factory fitting with Titleist before returning to Australia.

“It was great to play well and give yourself opportunities,” said Sinnott following the final round.

“I came here not knowing what to expect, and generally I’ve shown to myself that I can compete with the best in the world. This was a great tour and I cannot wait to return to play again. These tournaments are just pure.”

Holman’s morning round of 68 was likewise impressive and he’ll also will take much away from the week. Both will return to the US wiser and better from the experiences of this tour.

The Western Amateur is a true test of golf and arguably one of the toughest events on the amateur golfing tour schedule. The names of previous winners including, Tiger Woods (1994), Phil Mickelson (1991), Justin Leonard (1992-93) and Chris DiMarco (1988), reflect this event’s desirability and with the “who’s-who” of world amateur golf competing this week, the Western Amateur has again unfolded into a battle of the titians.

Those remaining in the top-16 match play is US Junior Amateur, Jordan Spieth who is the number three seed, reigning US Amateur champion, Peter Uihlein, the number eight seed and world number one, Patrick Cantlay, who will meet Williams in the first round of 16 on Friday.

Others looking to advance through are 2009 champion John Hahn and 2010 finalist, Gregor Main.