Scott bolted home with a closing 2-under-par 69 yet it was not enough to overtake Kim, who began the final round eight shots behind the leader but stormed home with eight birdies and four bogeys to card a 67 to win the title by a shot over South Africa’s Shaun Norris and Japan’s Mikumu Horikawa. 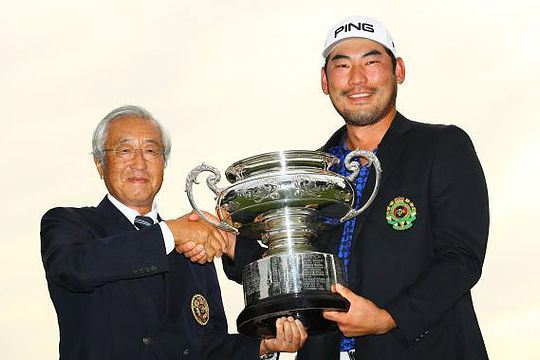 Kennedy also had a fine even par final round with Jones shooting a 1-over 72 on a layout which produced high scoring.

It was Kim’s fourth Japan Tour victory and first since 2017 where he won three times with the Heiwa PGM Championship, Shigeo Nagashima Open and Mizuno Open. Kim was born in South Korea but moved to Hawaii when 12 before playing for Arizona State and has played the Japan Tour since 2017.

“I just wanted to make a good birdie at the end, and my goal was to finish within the top 3,” said an elated Kim.

“I didn’t also recognise that I made eight birdies today until I went to the scoring tent, but I did aim to play aggressive for the last 2 days, and I think that paid off. I am really happy that I have achieved the best Major of this Tour.”

For the Australians it was a close call with Scott certainly in the heat of the moment during the final round after a disappointing opening round of 76 and a third round 74 hurt his chances of claiming the biggest event on the Japan Tour.

Australians have experienced success at this ‘major’ with Paul Sheehan winning in 2006 and Craig Parry taking the crown in 1997.