It’s proved a happy hunting ground for the Australians over the years but the Token Homemate Cup will be kicking off the Japan Golf Tour’s 2020-21 season tomorrow with a mostly Japanese-only field due to ongoing travel restrictions.

The tournament was last played in 2019 and won for the second time by Canberra’s Brendan Jones. Six Australians and one Kiwi were in the field, however this year, there’s no such luck. 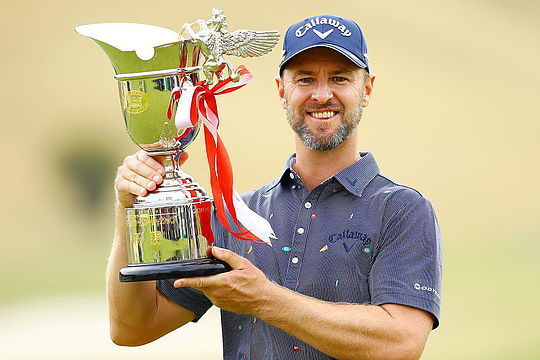 According to three-time Australasian PGA Tour winner Matt Griffin, who finished runner-up to Jones at the 2019 Token Homemate Cup, players are still stuck in quarantine thanks to travel clearance from the Japanese government coming through late.

The good news is that hotel quarantine will finish at the end of this week so we can expect a few more Aussies for next Thursday’s Kansai Open Golf Championship.

Of course, none of that will matter for most in the field with many of the local players basking in the glory of Hideki Matsuyama’s historic Masters win on Sunday. The 29-year-old becoming the first male golfer from Japan to win a major.

Heading the field will be local superstar Ryo Ishikawa, who will be joined by his younger brother Wataru, who is playing as an amateur on a sponsor’s exemption.

Wataru will be hoping to emulate his older brother’s success having won 17 times on the lucrative Japanese Tour and taken home over ¥1 billion in prize money.

The ¥130,000,000 Token Homemate Cup tees off from April 15th at the Token Tado Country Club to the west of Nagoya in central Japan.