Brady Watt, Nathan Holman and Oliver Goss are through to the round of 32 at the US Amateur championship being played at The Country Club in Brookline, Massachusetts.

Watt, who was co-medallist along with England’s Neil Raymond in the stroke qualifying, secured a stellar 5&3 win over Sean Walsh from Texas, Holman won his match against Andrew Price 3&2, with Goss defeating Finland’s Toni Hakula, 1-up. 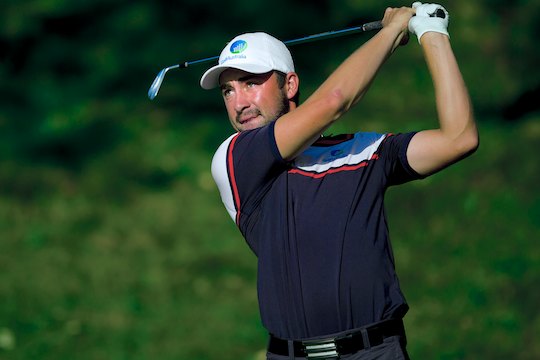 Watt will play Seth Reeves, a senior for Georgia Tech and recent winner of the Southeastern Amateur. Reeves made the quarter-finals at the Western Amateur and is ranked 216 according to the R&A rankings.

Watt currently is ranked 9th in the world under the R&A system and has easily been the most consistent Australian this US summer.

His encounter with Reeves should prove an interesting match, yet you feel with Watt’s experience and higher ranking that the Aussie will prevail – but he certainly has the hardest of the matches compared to Holman and Goss.

Hamilton, a Sophomore at the University of Huston, has a tied 12th at the Canadian Amateur as his best result for 2013 and is a relatively new comer to the top amateur stage.

Holman played well in the UK recording two top-10 finishes with the Scottish Open and the St Andrews Links, but since arriving in the US has not displayed the same form.

An experienced match-play exponent, Holman should progress to the round of 16.

Goss, who is based in the US, will play American Carr Vernon ranked 2021th according to the R&A.

Vernon attends the University of Akron and qualified for this US Amateur by being co-medallist in a sectional at Norwood Hills.

Vernon’s best result to date in 2013 is a 28th finish at the Missouri Amateur Stroke Play championship.

Goss, in comparison has played well in the US Collegiate system this season and secured a 6th place finish at the Players Amateur, but at the recent Western Amateur he struggled and easily missed qualifying for the match play.

Ranked 13th in the world, Goss should also prove too strong for Vernon and is likely to advance to the round of 16.