Despite a bogey at his final hole, Durant managed to hold off Champions Tour superstar, Bernhard Langer, who now has 19 top-10 finishes this season. 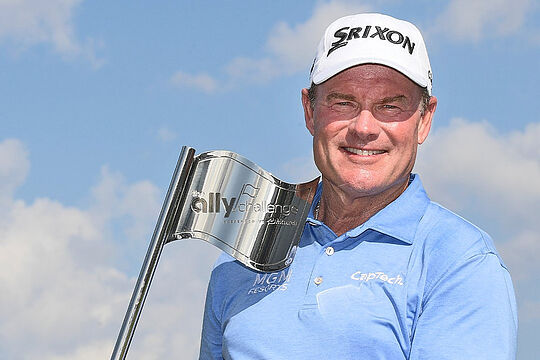 Alker, who turned 50 last month, and has spent most of his career bouncing between the Korn Ferry and PGA Tours, finished in a tie for 7th place at last week’s Boeing Classic, his Champions Tour debut.

Australia’s Stephen Leaney was next best of the Australasians in a tie for 7th alongside Vijay Singh, who made a rare albatross at the par 5, 16th hole for a final round 67.