The 33-year-old stood tied for the lead alongside playing partners, Park Eun-shin and Kim Joo-hyung, as the trio headed to the 18th tee.

Kim, who won the SK Telecom Open just a fortnight ago, quickly ruled himself out with his drive heading out of bounds while Park and Lee managed to get onto the green at the par-5 18th for a shot at birdie.

Park was first to putt but went wide with his birdie chance before Korean-born Lee found the bottom of the hole to win by a shot at 8-under following a final round of 71.

“It feels great to win after a long hiatus,” said Lee. “I really believed that the last putt would go in.” 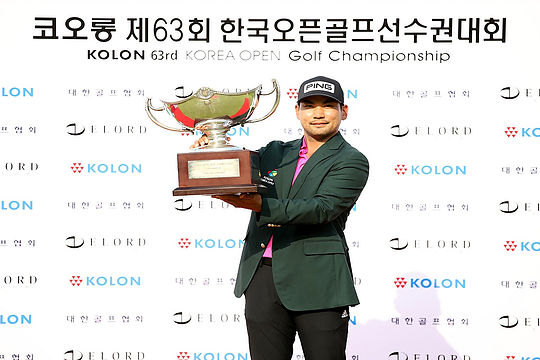 Lee, who moved to Australia at the age of 15 with his parents but only become an Australian citizen in 2014, has come close to victory on the Korean Tour before including a tie for second at both the 2020 GS Caltex Maekyung Open and 2018 KJ Choi Invitational along with an outright second placing on the now-defunct One Asia Tour in 2014 and a win on the China Tour in 2012.

“I still can’t believe it, so I’ll think about it when it gets into my bank account. I hope I can pay off my debts and invest well so that I can enjoy the tour more comfortably.”

Wonjoon Lee was the only other Australian in the field and missed the cut with rounds of 80 and 74.