Australian Amateur tees off in Melbourne

Instead of four rounds of strokeplay to qualify for match-play, this year’s championship has 216 contestants playing thirty-six holes at both Woodlands and Huntingdale golf clubs, with the leading sixty-four progressing to Woodlands on Thursday for the elimination match-play and championship title. 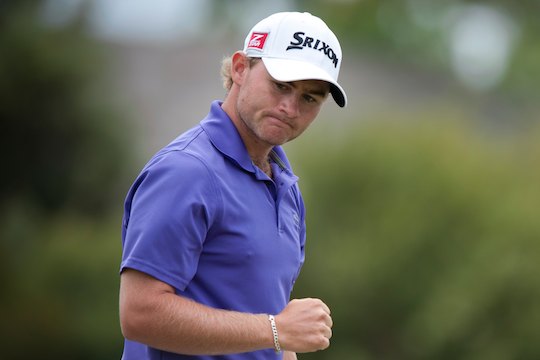 2011 champion Matt Stieger is set to defend his title in a field that includes a number of prominent internationals.

New Zealander Ben Campbell has featured strongly in these championships being runner-up to Matt Jager in 2010 and last year to Stieger.

Campbell played well last week at the Master of the Amateurs and is sure to make his mark again at these Championships.

Whilst the field in this championship is not as strong as last week’s Master of the Amateurs – with US Amateur Champion Kelly Kraft returning to his Dallas base and Corbin Mills and Derek Ernst attending college duties – it includes the cream of Australian amateur talent.

Current British Amateur champion Bryden Macpherson has returned from his US base to compete with the 2009 Australian Amateur stroke champion eager to win his national title before returning to play at The Masters in Augusta.

Jake Higginbottom has played stellar golf in professional events this summer with the NSW PGA, NSW Open – where the world number 17 finished runner-up – and made the cut at the Australian Open and New Zealand Open.

Higginbottom was a three-time winner last summer, notching up titles at the Keperra Bowl, Queensland Amateur and the Handa Junior Masters.

The Novocastrian should feature strongly this week as a real favourite to collect the championship title.

Holman is coming off four wins in the last twelve months which has the 20-year-old inside the world’s top-50 for the first time.

With the home club advantage and knowing the Woodlands layout better than anyone else in the field, the 20-year-old Victorian will take some stopping.

Ryan McCarthy is in need of a major amateur title since returning from injury with the desired “W” evading the Tasmanian in recent times.

The world number 35 finished tie for 23rd position last year in the Australian Open to be pipped by American Kelly Kraft who claimed amateur medallist honours and was medallist in US Amateur sectional qualifying.

McCarthy has the experience and game to claim this Australian Amateur title.

Last week McCarthy finished tied 6th in Melbourne after being in contention following the second round. McCarthy will be dangerous if he makes the match-play segment of these championship, which he should do.

Todd Sinnott also played well last week with a top-5 finish after getting an invitation at late notice to add to his win last December at the Dunes Medal.

Sinnott was a standout in the US last summer, being the only Australian to make the cut in each US event he entered.

Sitting just outside the world’s top-50, the big hitting Victorian’s consistency will see him progress well in these championships.

Keep an eye on 17-year-old Oliver Goss who shot the lights out of Royal Melbourne last week with a 8-under par third round of 64, a stroke short of the course record for the West Course.

Another talented amateur to emerge from Western Australia, Goss’ game is impressive. He is long off the tee and with more experience in bigger events is a name we will be hearing about in the future.

I would not be surprised if Goss causes some upsets by eliminating a few marquee players should he progress to the match-play segment.

The Australian Amateur title is a title that all our players want to win and these championships promise to be another exciting week for amateur golf.