It was once referred to as the ‘fifth’ major and regularly attracted the best players in the world.

The Australian Open may not have that level of prestige these days, despite the quality of the field, but officials are working to make it even better. 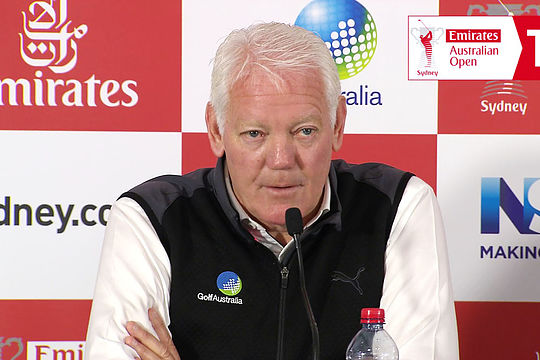 There are moves to have the Open co-sanctioned, possibly even with the US PGA Tour, which would certainly put it into a different league and would attract fields unprecedented in the recent history of the event.

That’s because a much bigger prize purse could see more Americans (and Aussies) compete in our feature event in the years to come.

Certainly officials realise the Australian Open may become a forgotten event if they cannot secure some sort of global partnership.

Apart from the increased prize-fund, such a partnership would likely allow tournament organisers comfort to boost their budget for appearance money to further draw headline acts such as Adam Scott and Mark Leishman, who were cooling their heels on the Gold Coast while the Open was being played in Sydney.

“It’s not like we’re sitting idle,” said tournament director Trevor Herden when quizzed about the future of the Australian Open.

“We’re trying to find a way to make it stronger.”

“We do suffer because we play this time of the year among four or five other tournaments.”

“Maybe we’ve got to join somebody else [another tour], but at the moment the discussions are just early days.”

“We might join another tour, we might just find another way to make it a little bit stronger.”

Herden explained that the US PGA Tour was moving into Asia, pushing its brand right around the world.

“They’ll keep doing that slowly, but I think we’ve just got to be patient, and see where they fit,” he said.

“I think they’re still in that ‘putting their arms out’ phase and then when they consolidate they’ll probably consider other options, which might include us, who knows?”