It has played host to some of the most memorable moments in Australian golf. 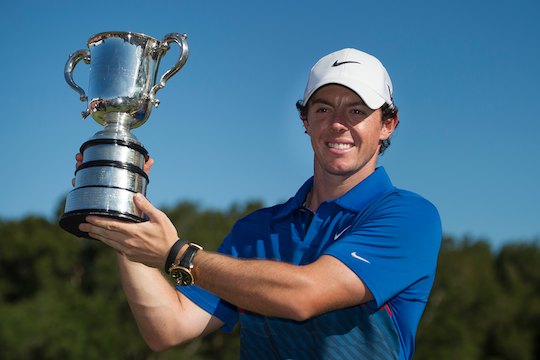 Rory McIlroy was the winner of the Australian Open when it was last held at Royal Sydney in 2013 (Credit: Anthony Powter)

Now the Emirates Australian Open is set to return to Royal Sydney in 2016, where it is bound to throw up another wonderful part of the Stonehaven Cup’s history.

This will be the 15th time the historic Rose Bay layout has hosted an Australian Open in the 101-year history of the event.

The most recent champion to win there was Northern Ireland’s Rory McIlroy, who began his surge to the top of the world rankings with victory over Adam Scott and John Senden at Royal Sydney in 2013.

Golf Australia chief executive Stephen Pitt announced the change of venue while Matt Jones was sealing victory at The Australian Golf Club in this year’s Open:

“Royal Sydney is one of Australia’s most revered clubs and we are excited to return to one of the great championship venues in the country,” said Pitt.

“The atmosphere at Royal Sydney in 2013 was extraordinary, as it has been at The Australian these past two years, so we are looking forward to heading back next year.”

Golf Australia, along with partners the New South Wales Government and its tourism and events agency Destination NSW and commercial partner Lagardère Sports , announced in October a deal that keeps the Open in Sydney for the next eight years, with the scope for two “release years” in that period.

“We’ve been thrilled with the support from the New South Wales Government, our naming rights sponsor Emirates and the players. Along with the clubs and golf fans of Sydney who’ve really embraced the event, we have raised the global awareness of the championship and also of Sydney as a world-class golfing destination.”