Kirsten Rudgeley, Kelsey Bennett and Caitlin Peirce have been named to represent Australia for the first time at the Queen Sirikit Cup at the Laguna National Country Club in Singapore later this month.

Players were chosen according to various criteria including World Amateur Golf Rankings along with recent tournament performances. 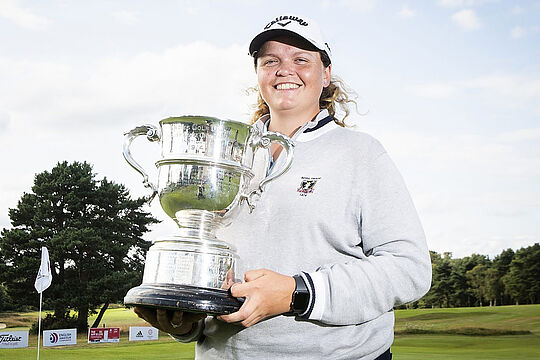 “Kirsten, Kelsey and Caitlin have all performed exceptionally well across the amateur circuit and the WPGA Tour of Australasia in recent times, and this opportunity is another great step in their development,” said Golf Australia’s High Performance Manager, Brad James.

“Kirsten and Caitlin recently received the Karrie Webb Scholarship for their outstanding efforts as our top-ranked amateur and the winner of the Karrie Webb Series respectively, while Kelsey has matched it with the pros this summer and proven herself at amateur level internationally as the runner-up at last year’s Women’s Amateur Asia-Pacific Championship.”

Like most events across the past two years, the Queen Sirikit Cup has been affected by delays due to COVID-19. The tournament was originally set to be played in Indonesia in 2020 before being moved to Singapore for this year’s event.

The teams event was last played in 2019 at Glenelg Golf Club in South Australia where South Korea crushed the field to win by 16 strokes over the locals.