Nathan Barbieri has secured a top-10 finish at the Monroe Invitational firing a 6-over-par total at Pittsford, New York to finish in a tie for 9th and the best of the Australians.

American Kevin O’Connell, 29, claimed the championship with a 2-over-par total. 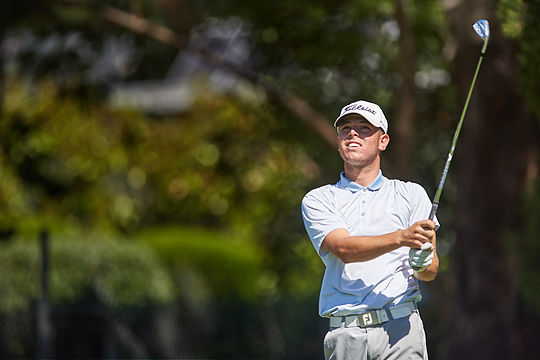 O’Connell, a North Carolina graduate, gave PGA Tour Qualifying School three tries from 2011-13. When he didn’t make it on tour, he applied to regain his amateur status, and since then has been primarily playing mid-amateur events.

Barbieri, from Sydney, fired rounds of 77-74-66-69 for his best international result to date and the result follows a number of top-10 results back in Australia at the Riversdale Cup, Avondale Amateur and making the quarters at the Australian Amateur in Perth.

Three other Australians competed with John Lyras firing rounds of 70-80-70-72 to finish in a tie for 31st position.

Bryce Hendrix from UNC-Greensboro ended the tournament in second at 3-over-par, and was the only golfer to record three rounds under par. Unfortunately for him, a 77 on Thursday damaged his chances of the title.

The Monroe Invitational Championship is one of the oldest amateur tournaments in the United States, dating back to 1937.

Monroe Golf Club has hosted this event for 78 years. The championshipwas played as a match play event until the format was changed to 72 holes at stroke play in 1998.